But in this article, our approach is a bit different than others.

We will not mention and describe the terms letter by letter, but we will categorize the terms based on the different subjects of this beautiful game of basketball. In this article, we are going to divide the basketball terms based on

Very soon we will publish a separate article on basketball terms based on action, position, and foul.

You will see the benefit of categorizing the terms once you complete reading the whole article. We firmly believe that instead of going through the various terms letter by letter, this approach is better to understand and memorize.

This section will introduce you to the different terms of the basketball court. It is important to know each and every corner of the game if you are a beginner.

The backcourt is also referred to as the collection of the team’s guards.

The ball side is also referred to as the “strong side.” This is the side where the ball is on. That means the opposite of the “weak side/help side.”

The baseline is the playing boundary behind the basket.

The baseline is usually drawn 4 feet behind the basket, and it has a width of 50 feet.

“Block” is the area that is painted on the lane line to separate offensive and defensive players during the free throw. That means the painted small square area outside the lane.

Blocks are drawn six feet from the baseline on each end of the court.

The Center circle is the circular area that you find in the mid of the court. This is a 12-foot diameter circular area where the game starts and jump balls take place.

Very simple. There are four corners on a court. The four connecting points of baselines/end lines and sidelines.

The end line is usually drawn 4 feet behind the basket, and it has a width of 50 feet.

The elbow is the connecting/meeting points of the free-throw line and lane line.

Another name of this area is “the paint.” The free throw lane is the area that is located underneath the basket. Although most of the time you will find this area is painted, but this is not something obvious for every court. Some courts don’t have any color paint on them.

The free throw lane is the area that has the boundary of the free-throw line and baseline connecting with two lines.

The free-throw line is the line that is parallel to the end line from where the players shoot the free throws. Informally this line is also called the foul line.

The width of the line varies. For NBA it is 16 feet, and for NCAA it is 12 feet wide. But in both cases, it extends 15 feet from the backboard.

This is an imaginary line that represents the extended version of the free throw line across the width of the court. The use of this imaginary line is done mainly by the coaches to set different defensive rules and train the players.

This is the semi-circle that is drawn beyond the free-throw line.

The frontcourt is the opposite of the backcourt. In this case, the offensive side of a team is called the frontcourt.

A match can’t be continued until the end of this world. So there is a time limit, and the game clock shows how much time is left in each quarter or half of the match.

There are several hash marks on the court.

You will find hash marks extended from the lane line as well to separate the defensive and offensive players.

This is the area that is located at the top of the “paint/free throw lane/key.” That means away from the basket next to the key

“In the paint” is the area inside the paint, or you can say the free throw lane.

Key is referred to the area that consists of the free-throw lane and a free throw circle together.

The lane and free throw lane are the same areas. That means the lane is the area that has the boundary of the free-throw line and baseline connecting with two lines.

This is the separating line of the basketball court. That means the middle line that separates the backcourt and frontcourt.

The “paint” is the area that is inside the free-throw lane.

The perimeter is referred to the area that is outside the free-throw lane but inside the three-point line/arc.

This is the clock that limits the time, a team with the ball needs to attempt a field goal. That means the offensive team must attempt to make a goal before the limit exceeds.

Sidelines are the two boundary lines that tell the length of the court. They connect with the baselines.

Strongside is the alternative term for the “ball side.” That means this also refers to the side where the ball is on at any moment.

The midcourt line or half-court line is sometimes referred to as a ten-second line.

Because the offensive team gets ten seconds limit to cross the midcourt line.

This is the arc or semicircle that separates the two-point area from the three-point area. If any goal is scored beyond this line, then it is counted as three points.

The three-second lane is the same area that is referred to by the term “paint.” That means the area inside the free-throw lane.

Top of the Key

As the name suggests, this is just the top of the semi-circle that is drawn beyond the free-throw line.

The same part of the court is referred to as the help side.

The rectangular or sometimes fan-shaped board behind the basket.

The basket is attached to the backboard and consists of a metal rim and net.

This is the imaginary area right above the basket.

In the case of portable basketball goals, you can adjust the height according to your need.

These are not portable. That means you can’t move this type of hoop here and there. In-ground hoops are fixed and cemented directly into the ground.

You can move the goal anywhere you want. Click here to read our article on the best portable basketball hoop reviews and its buying guide for more detail.

Pole or supporting pole is referred to the stand where the backboard is attached. This term is used especially in the case of a portable system.

In this case, only the backboard along with the rim is mounted on the wall. 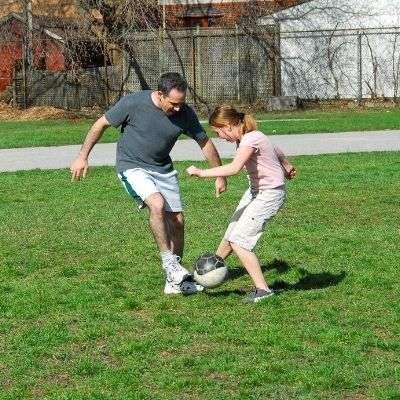